Monkeys are similar to humans. Not only on the outside but also on the inside. That is because monkeys are genetically related to us. Due to this evolutionary relationship monkeys sometimes are a good model to study human diseases. But only if there is no other way.

Working with monkeys brings a great responsibility. We are responsible for the well-being of the animals in our colonies. We continuously seek to conduct research that does not involve animal testing in order to reduce the numbers of animals we work with. In the meantime, we accommodate and look after our monkeys with the best possible care.

We do this using the principles of the 3Rs. Refinement, reduction and replacement. Refinement and reduction go hand in hand as Refinement of an animal model will lead to a Reduction of the number of animals per experimental group. 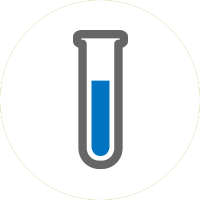 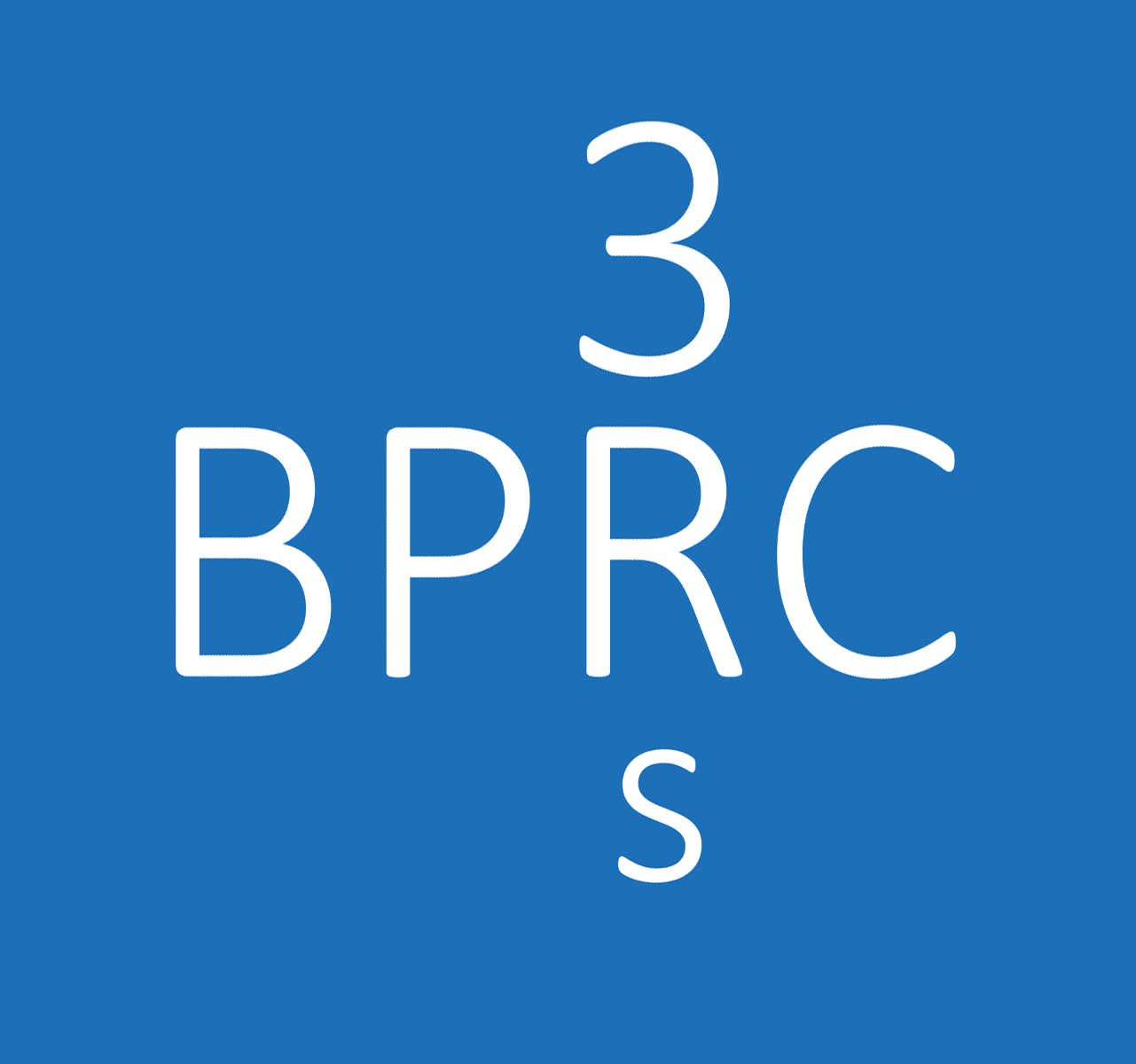 Optimizing and standardizing in vitro laboratory tests play an important role in the reduction of the animals we work with. Also in 2018 we have implemented new techniques. By using these new conditions, we aim at less variation in laboratory tests that will lead to smaller group sizes in our animal experiments.

Genetics
Genes play an important role in infections and diseases. We have implemented new techniques to determine the genetic background of animals in the breeding and experimental colonies. This enables us to select (or deselect) appropriate animals to answer particular research questions. For example; we know that certain genes play a role in the development of AIDS after HIV infection. We now know that these genes are also present in monkeys. Selection of animals for an HIV experiment is therefore based on these genes. Proper selection reduces the variation in an experiment and therefore smaller group sizes are required to obtain statistical significant differences.

Statistics at BPRC
One of the hallmarks of good science is statistics. Not only at the end of a proof on concept study to determine whether an HIV-vaccine was successful but also during the design of the study. Therefore, good statistics is part of the 3Rs.

Therefore study design involves, amongst other things, also a so called “power calculation”. The number of animals per group is calculated based on the desired effect of the treatment on the primary outcome (e.g. diseased or not-diseased), the between-animal variation of the treatment effect and the desired power. The desired power is the chance that a real difference, if present, is detected. This is usually set at 80% (i.e. 80 out of 100 studies will yield significant results). Next to the power calculation, the study design also involves methodological topics like randomization of the animals (treatments are allocated by chance) and blinding of observers (treatment is not known). Next to the power analysis, a statistical analysis plan is written before the study is performed. Because monkey studies are often the last step before testing in humans, monkey studies should be designed, performed, analyzed and reported in a similar fashion as clinical trials in humans.

PET-CT
Positron emission tomography–computed tomography (PET-CT) is a visualization technique that combines anatomic localization (X-ray) and functional imaging (nuclear medicine). In hospitals, PET-CT is already widely used during the diagnosis and treatment of cancer. Over the last years, PET-CT also proved its additional value to biomedical research with animals.

PET-CT offers many advantages over traditional techniques. First, PET-CT is minimal-invasive. Second, as results from blood tests, biopsies/swabs or cells washed out of the organ of interest can be indicative for infection, they are often poor indicators for actual disease manifestations. Besides biopsies only provide information of the tissue in the biopsy but often not of the entire organ. The combination of X-ray and specific radioactive probes allows screening of the entire body in both an anatomical and functional way. This minimizes the discomfort of the animals and provides you a much broader view.

In addition, PET-CT offers the opportunity to visualize disease progression or therapeutic response over time (longitudinal). This is particularly relevant when critical organs need to be studied, like lungs or brains. PET-CT in combination with 18F-Fluorodeoxyglucose (FDG) as imaging agent is well-established used for about 90% of the PET-CTs obtained in human. FDG visualizes the glucose metabolism in the body and shows increased signal in areas with an increased metabolic activity. Increased metabolic activity can be due to cancer, infection/inflammation though also after a surgery in the area where a scar is healing. This makes FDG PET-CT highly sensitive for detecting for instance tuberculosis and influenza in the lungs.

BPRC already started to use PET-CT in 2017. Initially only in our tuberculosis research but currently we are applying this state-of-the-art technique also in other research programs like influenza. With this, PET-CT is not only leading to new and more extensive scientific insights though also increasing the translational value of our animal models as PET-CT is a well-accepted imaging method in humans.

In 2009 BPRC-researchers developed a new in vitro assay to test drugs for its anti-malaria activity. This assay replaces the use of monkeys. Last year we tested 33 new potential anti-malaria drugs with this assay. Before 2009, 33 monkeys would have been necessary to test these 34 compounds. So far, BPRC tested 999 drugs with the animal-free assay. 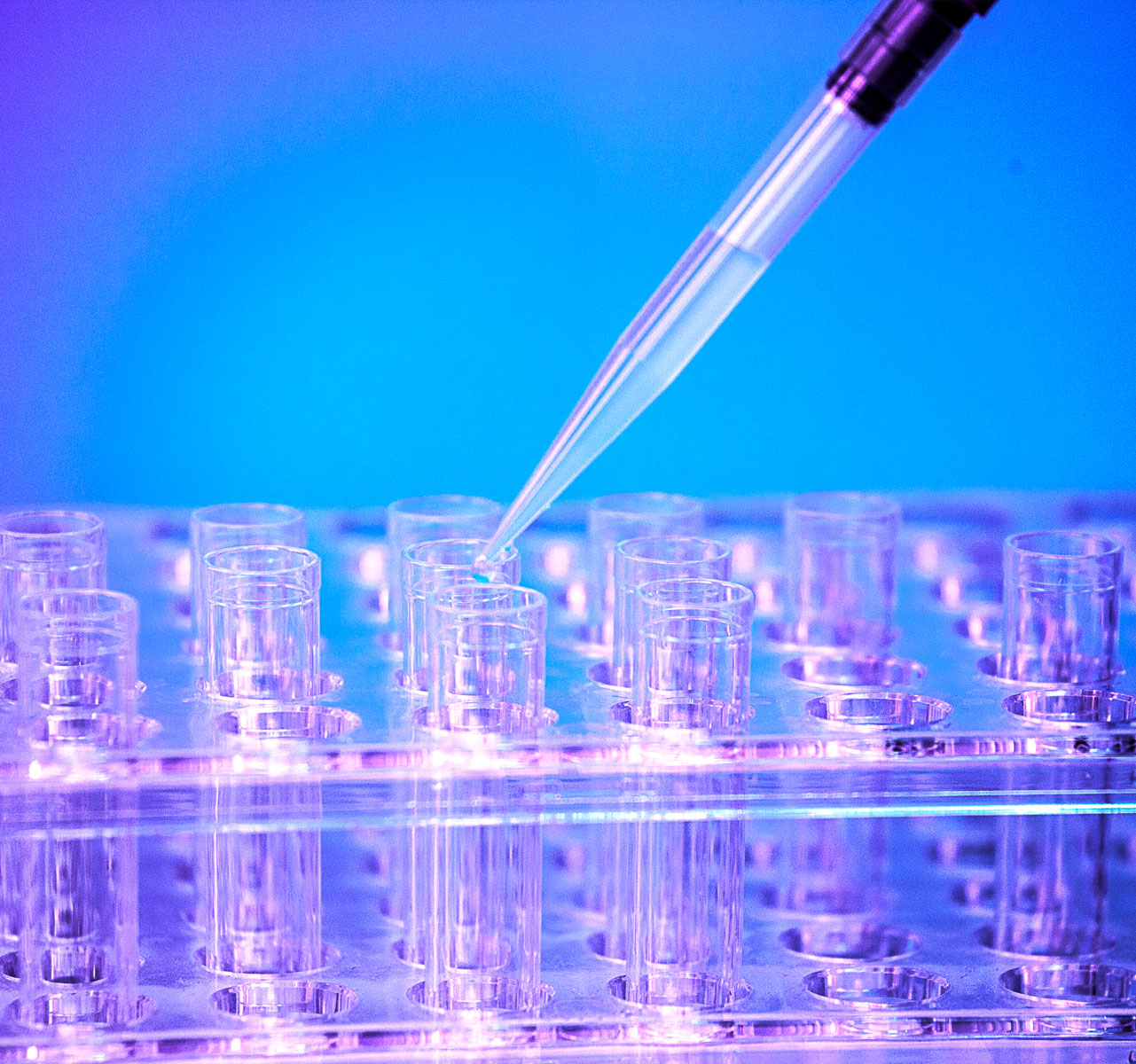 Biomedical research has led to many important discoveries and new therapies, yet, some of our research affects the welfare of animals. At BPRC, we are fully aware of our responsibility to society and animals. Animals are employed for research purposes only when there are no other -alternative- methods available.

Developing in vitro methods for the central nervous system

In the Western world, society is gradually aging and more and more people suffer from age-related diseases. Many of these diseases, like Alzheimer’s disease, Parkinson’s disease and multiple sclerosis affect the central nervous system. BPRC works with animal models for each of these diseases and aims to complement, refine, reduce and finally replace the use of animals by in vitro methods. Over the years, we have successfully developed methods to study individual brain cells using cell culture methods. In 2019 we have developed and pioneered entirely new cell culture protocols. These protocols make it possible to study cells that better resemble non-activated cells, like they are present in the normal healthy brain. This is important because many of our research questions are focused on what activates brain cells. If cells in culture are already activated, it becomes difficult to address those questions. Furthermore, we have succeeded to cultivate stem cells and to generate neuronal progenitor cells, neurons and 3D organoids. We also started a collaboration with the Technical University Delft to combine our technology with their state-of-the-art technology to develop 3D printed cell culture matrices. Read more >

Vaccines are the biggest success story of biomedical science. They have changed human life expectancy dramatically. Animals are not only used during the development phase of vaccines, but also during the production and quality control phase. We participate in European initiatives that aim to reduce animal use in both phases. Vaccines are typically produced in batches. Every batch undergoes the same strict series of quality controls, involving many animal experiments, before it is released. The European VAC2VAC initiative tries to change this. The idea is that every new batch of a vaccine should not be treated as an entirely new entity, but rather as one of a series. This implies that every new batch only needs to be similar to the previous batch, possibly circumventing animal testing. To prove similarity between batches, animal-free methods are used. By adding our panel of in-house engineered cell lines (bioassays) to the consortium we characterized several different vaccines and batches in 2019. Our results demonstrate that different batches are indeed highly similar according to our tests. Together with the tests that are developed in other European labs, this initiative should lead to abandoning animal testing in vaccine batch release.

The European TRANSVAC2 initiative is stimulating innovative vaccine approaches. We contribute by making our library of bioassays available to the European research community. In 2018 we have started research on the mechanisms that affect vaccine and adjuvant efficacy when immunization is done via the skin, and this project is still ongoing. Read more >

Developing an adjuvant without adverse effects

Adjuvants are formulations, which upon administration lead to non-specific immune stimulation. They are often used to stimulate immune responses directed against pathogens (for vaccination studies) or against components of the body itself (in animal models for human auto-immune diseases like multiple sclerosis). Some adjuvants are however notorious for their adverse effects. Most notable is complete Freund’s adjuvant (CFA), which causes inflammation of the skin accompanied by granuloma formation.

Because of a lack of alternative, it is still being widely used in many animal models and also in non-human primates. Using the abovementioned bioassays, we have developed a new adjuvant in-house, MiMyc. MiMyc has been tested in a small in vivo experiment and proved to be a potent adjuvant without causing adverse effects. In 2019, we have designed a new in vivo experiment to test whether MiMyc can replace CFA in animal models for auto-immune diseases. This would represent a considerable refinement.