The immune system is orchestrated by many different genes. These genes can differ from individual to individual, and this genetic variation is called polymorphism. Polymorphisms explain why some people are susceptible for a certain disease while others may be resistant to development of the same disease. Hence, the diversity generated by genetic polymorphisms prevents the elimination of an entire population by one single pathogen.

The major histocompatibility complex (MHC) and killer cell immunoglobulin-like receptor (KIR) system are examples of polymorphic gene systems. A successful immune response is multifactorial, and depends on the cooperation between the KIR and MHC system. In general, the MHC system is involved in discriminating between self and non-self and thus the recognition of invading pathogens while the KIR system may be seen as fine tuning and serves as a correction mechanism for the MHC system. KIR genes are involved in the immune defence to viruses and cancer cells.

Monkeys are genetically similar to humans. Understanding genetic polymorphisms in monkeys, and their role in the immune system, teaches us much about the functional immune defence in humans. This is particularly important in the development of a whole new generation of medicines, the so-called personalized medicines.

In the Comparative Genetics and Refinement department, we investigate MHC and KIR genes from different monkey and ape species. For this, we use DNA-sequencing and other techniques, like fragment analyses on short tandem repeats (STR). We not only study the DNA from animals from our own breeding colonies but also DNA samples from other institutions and zoos.

- Analysis of macaque BTN3A genes in the extended MHC 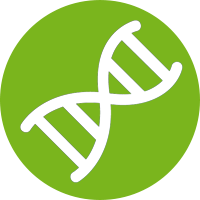 Analysis of macaque BTN3A genes in the extended MHC 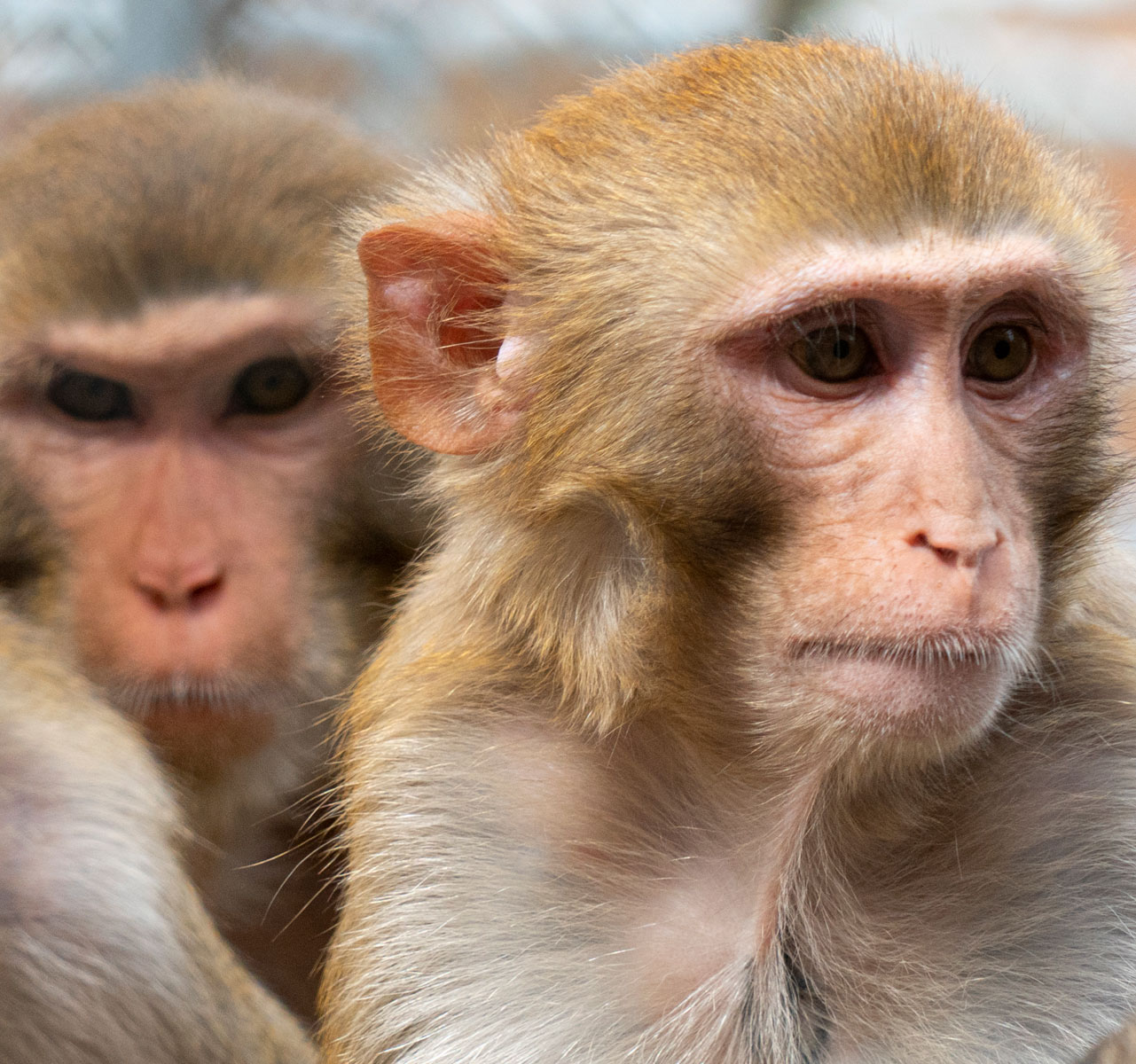 The clinical outcome of infections, autoimmune diseases and even cancer depends on activation or inhibition of our immune system. This balance is orchestrated by genes and many of these genes are conserved throughout the evolution. Studying immune regulatory genes in macaques provides valuable information on their human counterparts.

In the extended MHC region in humans, three genes are located that encode for the butyrophilins (BTN) 3A molecules. These molecules play a central role in the modulation of particular T cells, named gamma-delta T cells, which are mainly present in tissues such as skin, gut and the reproductive tract. Amongst many other functions, BTN3A molecules in humans enhance gamma-delta T cell-mediated killing of leukaemia cells, and play a role in anti-tumour effector gamma-delta T cells in colorectal cancer cells.

In 2019, we started the characterization of BTN3A genes in the genome of rhesus and cynomolgus macaques. As in humans, we observed three BTN3A genes with limited polymorphism in both macaque species. In line with the genetic variation, different variants of the BTN3A molecule could be detected in both blood and colon tissue of the animals.

These results suggest that BTN3A genes and the function of the encoding molecules is conserved between macaques and humans. Therefore, macaques can be used to unravel the immuneregulatory of this gene system. Read more > 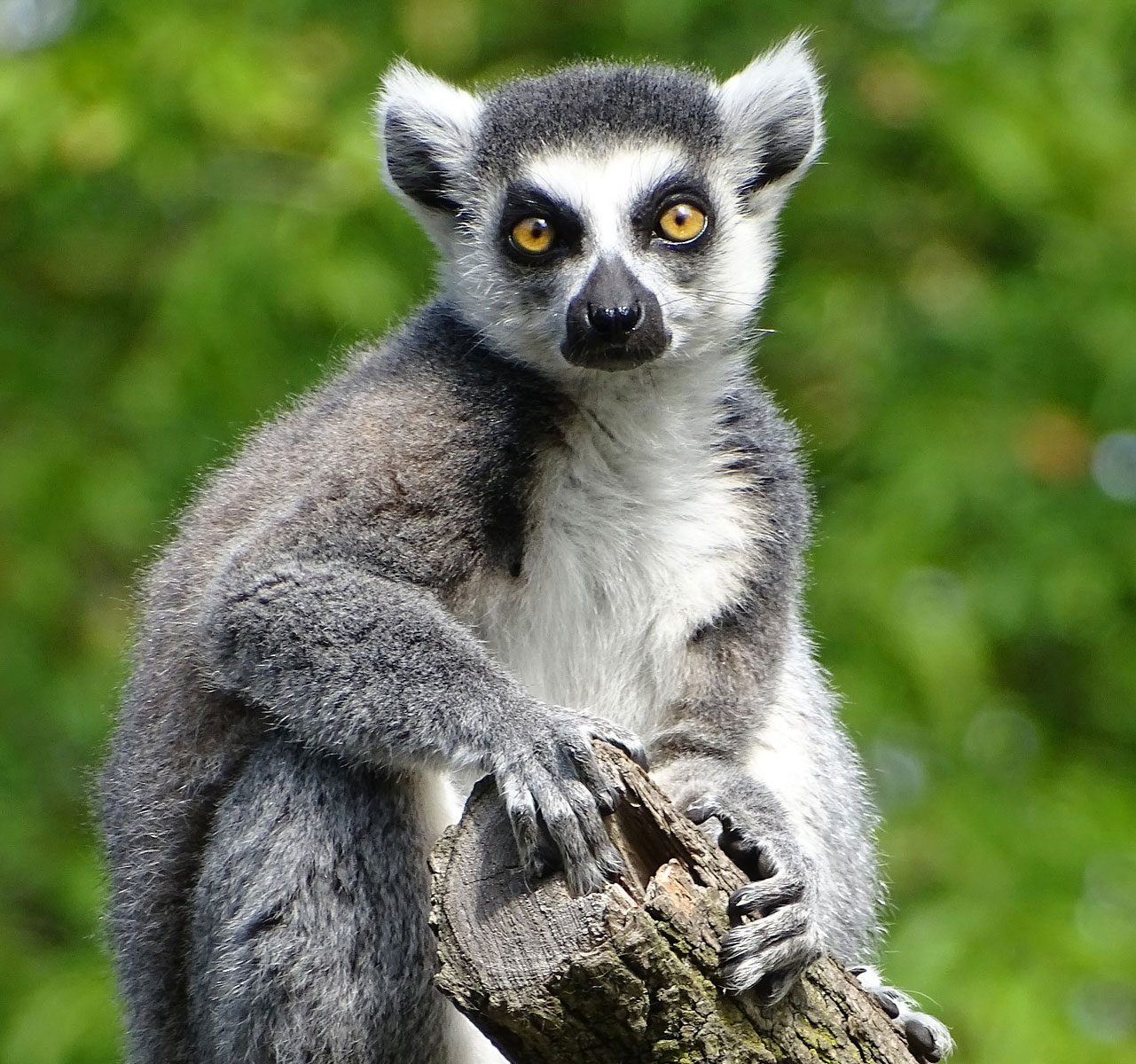 Lemurs have their natural habitat at the island of Madagascar, and are endangered animal species. Characterisation of the highly polymorphic MHC in these species is recommended to develop conservation strategies and to minimize the loss of immunogenetic diversity in these animals.

For this, we evaluated the collection of DNA via non-invasive sampling methods. Faecal and hair samples were collected from three lemur species from different regions in Madagascar. Subsequently, these samples were shipped to the BPRC for DNA extraction and Mhc-DRB analysis. We identified 26 DRB variants in 45 individuals. None of the detected variants were described before and all showed high levels of polymorphism. We found evidence for balancing selection acting on the DRB region in the lemur species analysed. Although the three lemur species belong to the same genus and some lived in the same area, we did not observe shared DRB variants (referred to as alleles). One explanation for this phenomenon could be that the species encountered different pathogen selection pressures in the past. Alternatively, the non-sharing of alleles may also indicate a geographical separation over a long timespan.

Our analysis showed that quantification and monitoring of DRB variation in small populations can be done using faecal and hair samples. Therefore, these non-invasive sampling methods are highly recommended for conservation plans of endangered populations. Read more > 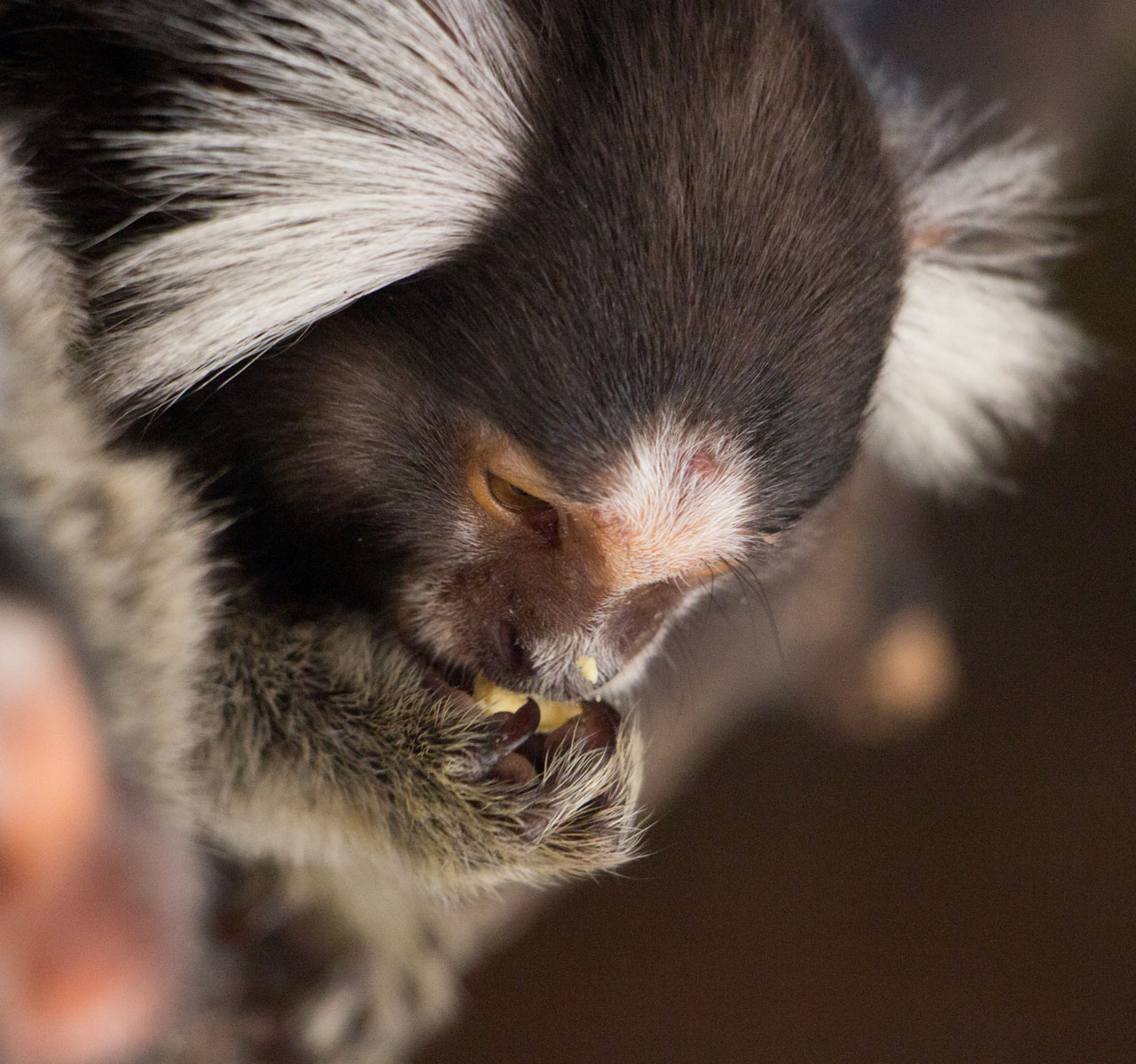 On population level, genetic diversity is important for the survival of the species. On the individual level, genes can predict susceptibility to (infectious) diseases. For outbred animal species used in biomedical research, like non-human primates, selecting or deselecting animals with specific MHC genes may ultimately lead to a reduction of the number of animals needed for an experiment.

Common marmosets are small New World monkeys with a relatively long tail. They are native to east-central Brazil and live in various habitats. The common marmoset is widely used as an animal model for human diseases. Extensive genetic analysis was already performed on the polymorphic MHC class I and class II DRB genes, in these animals. Recently we started to investigate the other class II genes, DPA, DPB, DQA and DQB. Full-length sequencing of these genes revealed an unexpected finding.

Similar to humans, great apes and macaques, the DQA and DQB genes of the common marmoset appeared to be polymorphic in marmosets. The DPA and DPB genes, however, showed no variation. This was confirmed in marmosets from other research institutes.

The implications of these invariant DP genes on the immunological defense in common marmosets will be the subject of further investigation. Read more >